Kam Mahdi is an accomplished public company CEO with domestic and international experience in operations, P&L oversight, multi-channel product distributions, licensing, joint ventures, and marketing involving both start-ups and growth organizations. He has been the CEO of CETY since October of 2015, he’s an entrepreneur at heart successfully building his own companies for the past 20 years. He’s a passionate leader building visions into reality. He served as President and Chief Executive Officer of Probe Manufacturing an electronics design and manufacturing company from 1996 until December of 2005 and again from July 2009 until October of 2015. Mr. Mahdi’s vision of creating a product development accelerator led to the acquisition of the General Electric Heat Recovery Solutions. He has been able to build a solid business in clean energy and making CETY a major player in the energy efficiency market. Mr. Mahdi has a BS degree in Electrical Engineering from California State University of Northridge.

John Bennett has been the Chief Financial Officer of CETY, a publicly traded company for over 10 years. He joined the company in 2005 and has held the positions of controller, Chief financial Officer and has served on the Board of Directors. He has over a 30 year background in finance, including as CFO of companies in the high growth technology and distribution industries that expanded exponentially. He has successfully directed compliance with the Securities and Exchange Commission, Investor relations, financial planning, internal audit and external audit interface. He holds a Bachelor of Science in Accounting and received his Master of Science in Finance from the University of Colorado.

Jamie Burrows is a highly accomplished management professional with 30 years of experience in operations, team management, manufacturing, safety and regulatory compliance, and strategic planning. Results oriented,
decisive leader with proven success in implementing effective process improvements across a broad spectrum of industries. Jamie was the Operations Manager for GE Heat Recovery Solutions from March of 2013 until December of 2015 and  CETY’s Director of Operations from December of 2015 until present. He’s responsible for managing all aspects of production operations with expertise in operations, service, product development, and manufacturing  of elctro-mechanical and  power generation products.  His multi-faceted experience enabled him to support over 100 installations of CETY’s world wide installations. 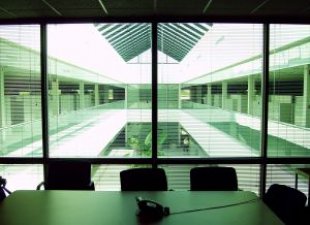